Your cart is lonely...

How to Change an Apple Watch Band 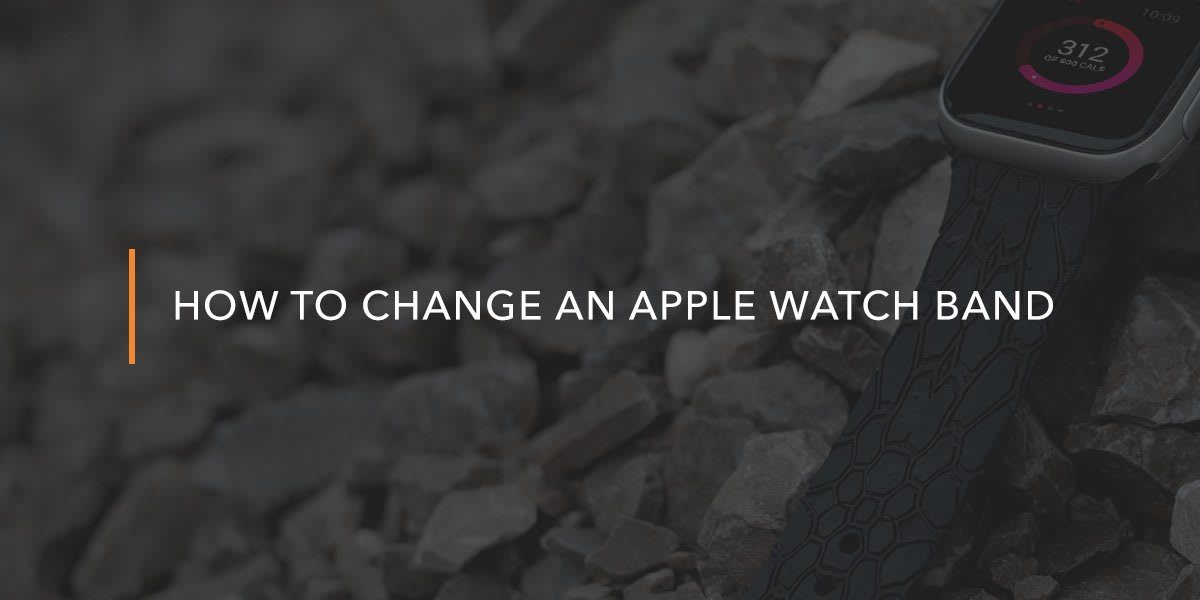 Well that’s cool. You got your first Apple Watch! And since you’re reading this article, you’re already thinking about changing the band. Well, you’re not alone. That’s the first thing many who are new to the Apple Watch club do. And the fact you can switch your Apple watch band out is yet another awesome thing about the watch.

So why are so many changing their Apple Watch bands out? For starters, the original band tends to trap moisture. Nobody wants a sweaty wrist. And of course, there are the splotches. Users have complained that the Apple Watch band makes your wrist itchy and irritated, even causing red splotches. Nobody wants that either. That’s where a silicone watch band can come into play. 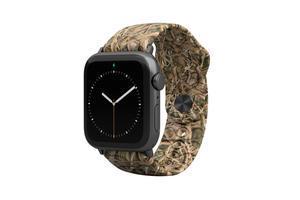 Some want to swap bands simply because the originals are just far too bland. It doesn’t always have to be black and white you know. Whatever your reason for wanting to go with a new one, we’re here to help you learn how to change your Apple Watch band in a jiffy.

But wait! Before you swap it out, keep this in mind. The stainless-steel Apple Watch Series 2 is the only one that’s scratch-resistant. It’s constructed of a sapphire glass. The aluminum Apple Watch is actually fairly easy to scratch. If you set it down on a table or counter, make sure you put it on a soft surface like a microfiber cloth, tee shirt, or towel.

YOU CAN CHANGE YOUR APPLE WATCH BAND!

Alright, we’re going to show you how to change your Apple Watch band in six easy steps. 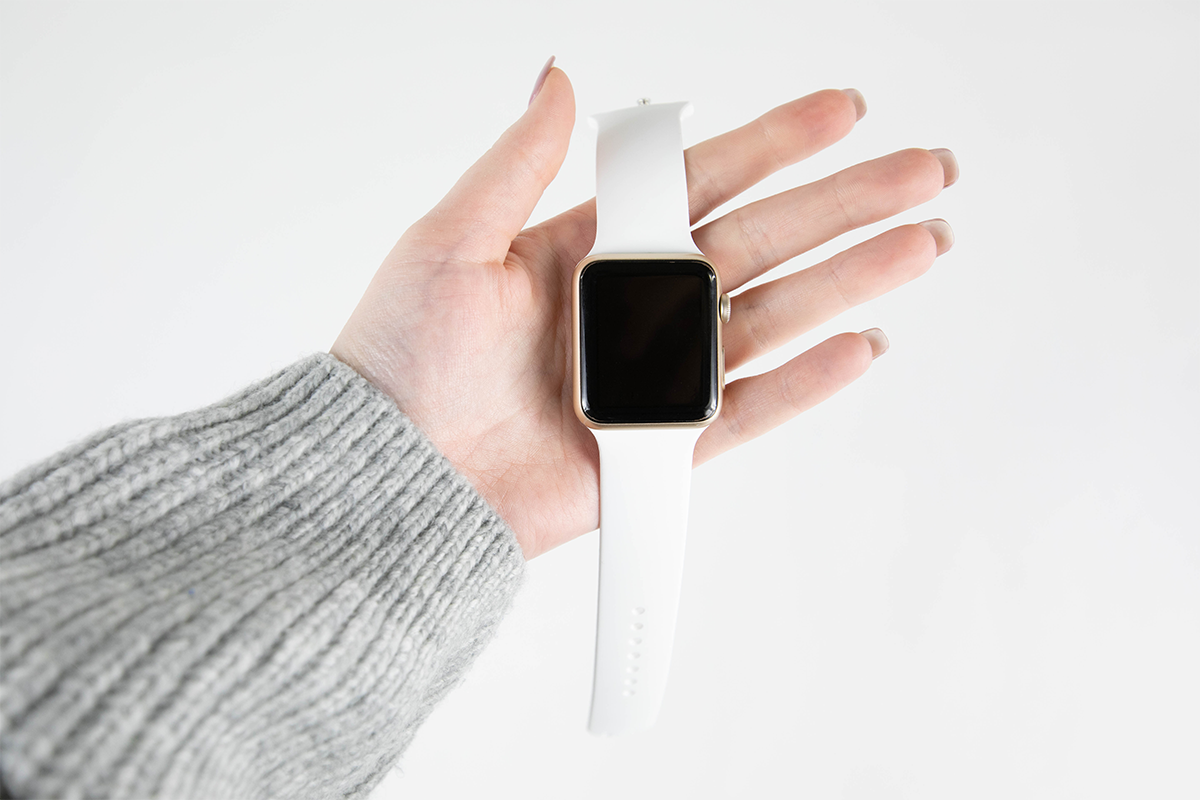 Take your Apple Watch off. Duh. You already knew that. We’ll just continue to the real Step One. Power your watch off so it doesn’t accidentally do stuff while you change your apple watch band. 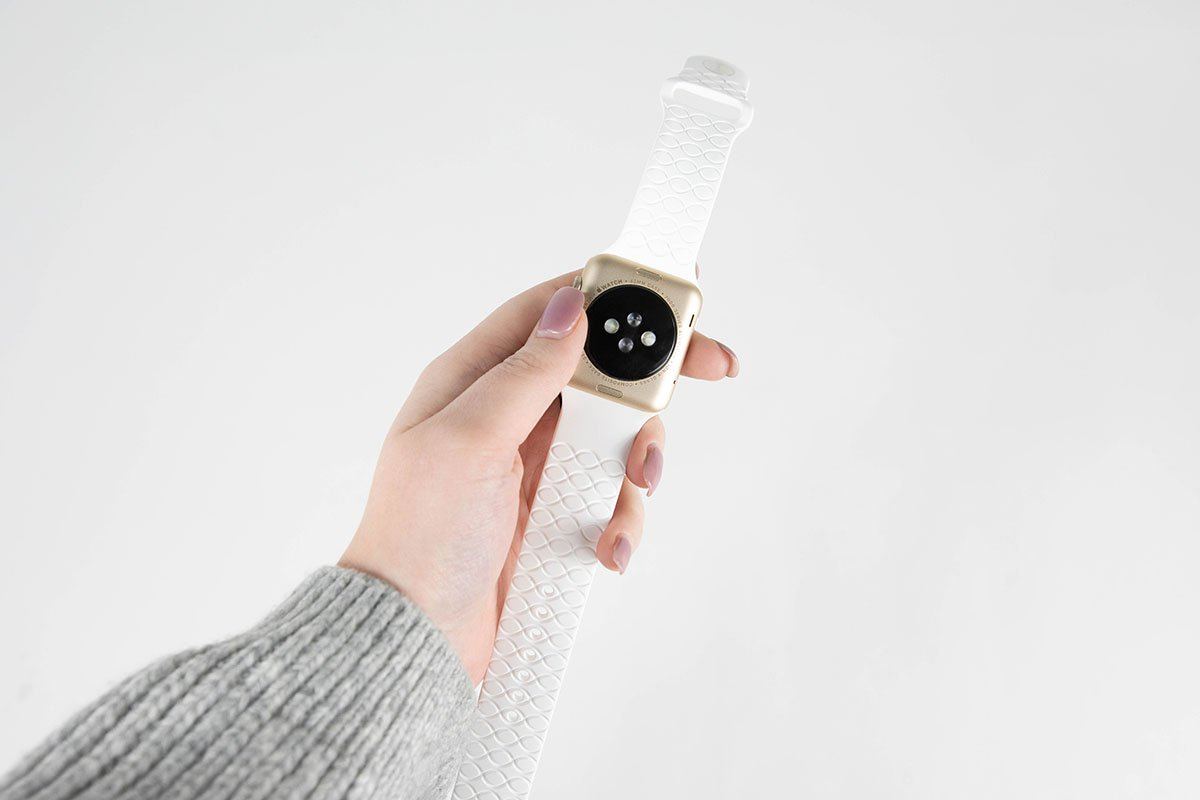 Turn your Apple Watch over so that you’re looking at the back of the watch. Hold it firmly so you don’t drop it. 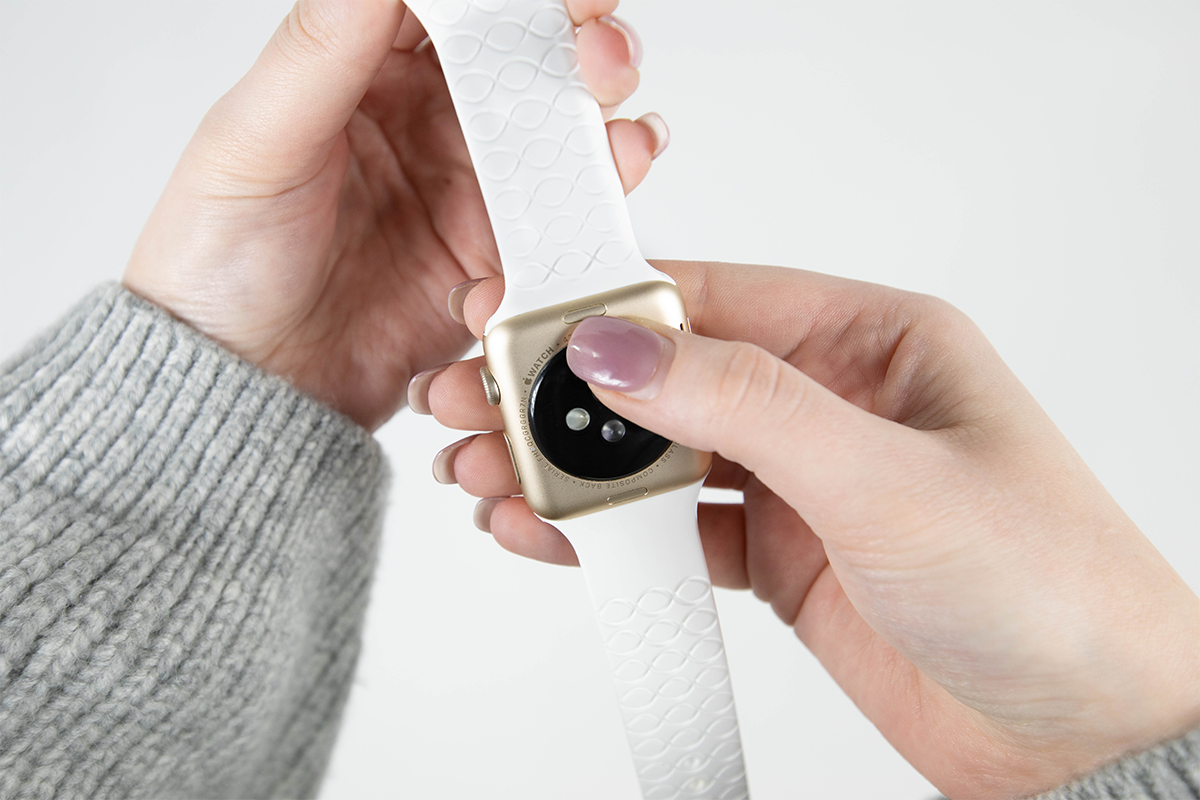 It’s time to locate the band release buttons. There's one on the top of the Apple Watch next to the band and there’s one on the bottom on either side of the heart rate monitor. You’ve got to look closely! They are tiny, thin buttons shaped like ovals. 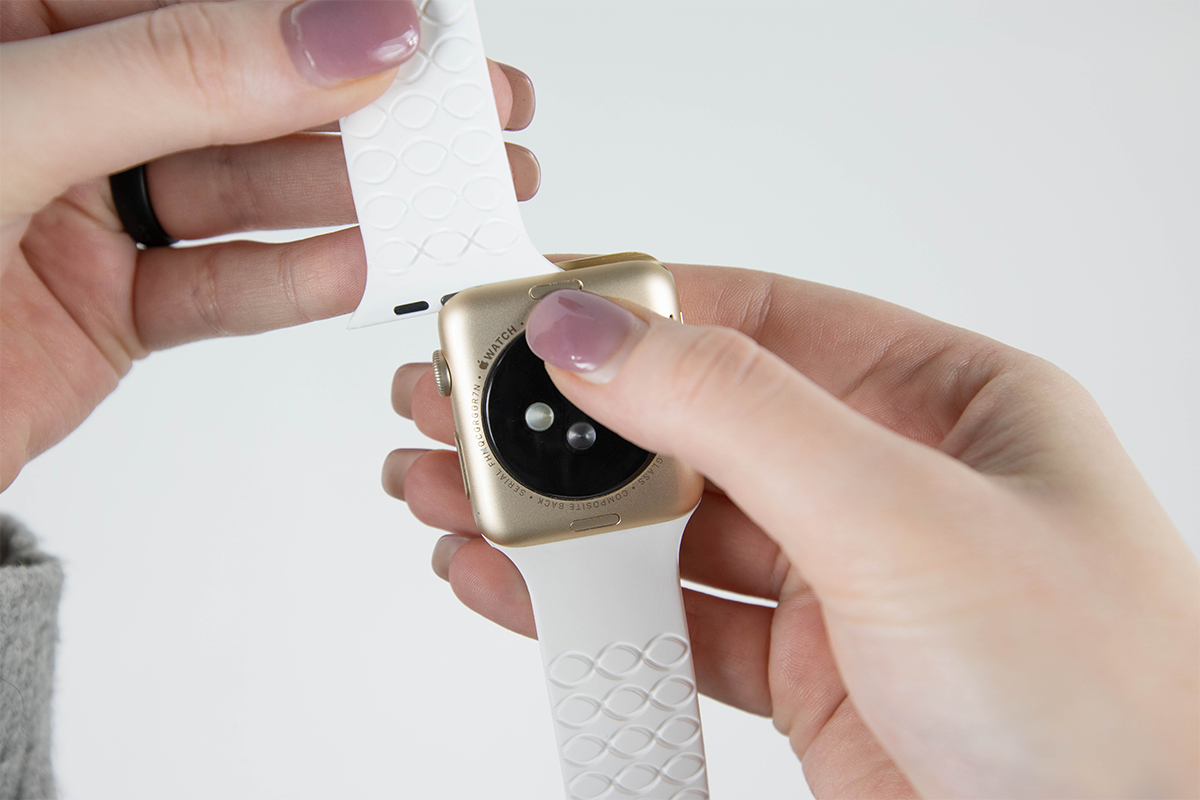 Press the band release button and hold it down with the thumb of the hand that’s holding the watch. While you're pressing, slide the band out with your other hand to the right or left to remove it. The Sport Bands are a little sticky. You’ll have to use a little extra muscle to change your apple sport watch band. 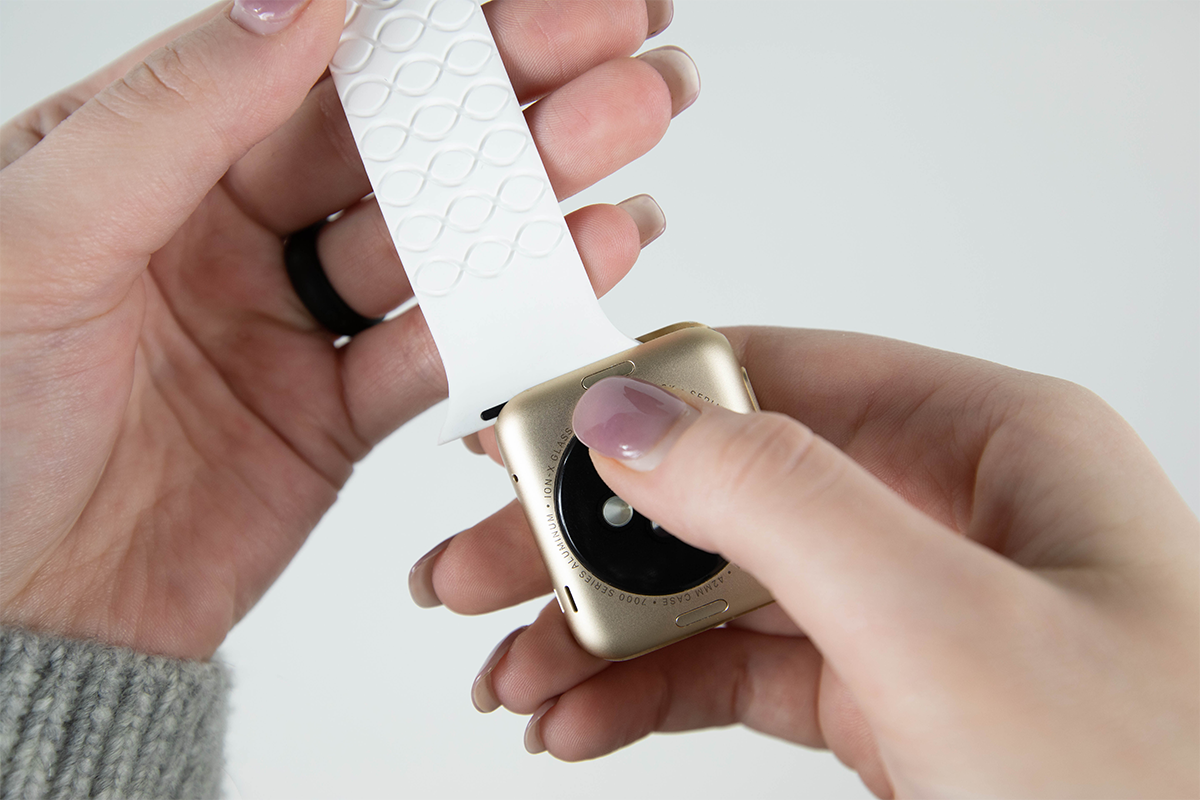 Do the same thing you did in Step Four with the other half of the band. You're Almost There! 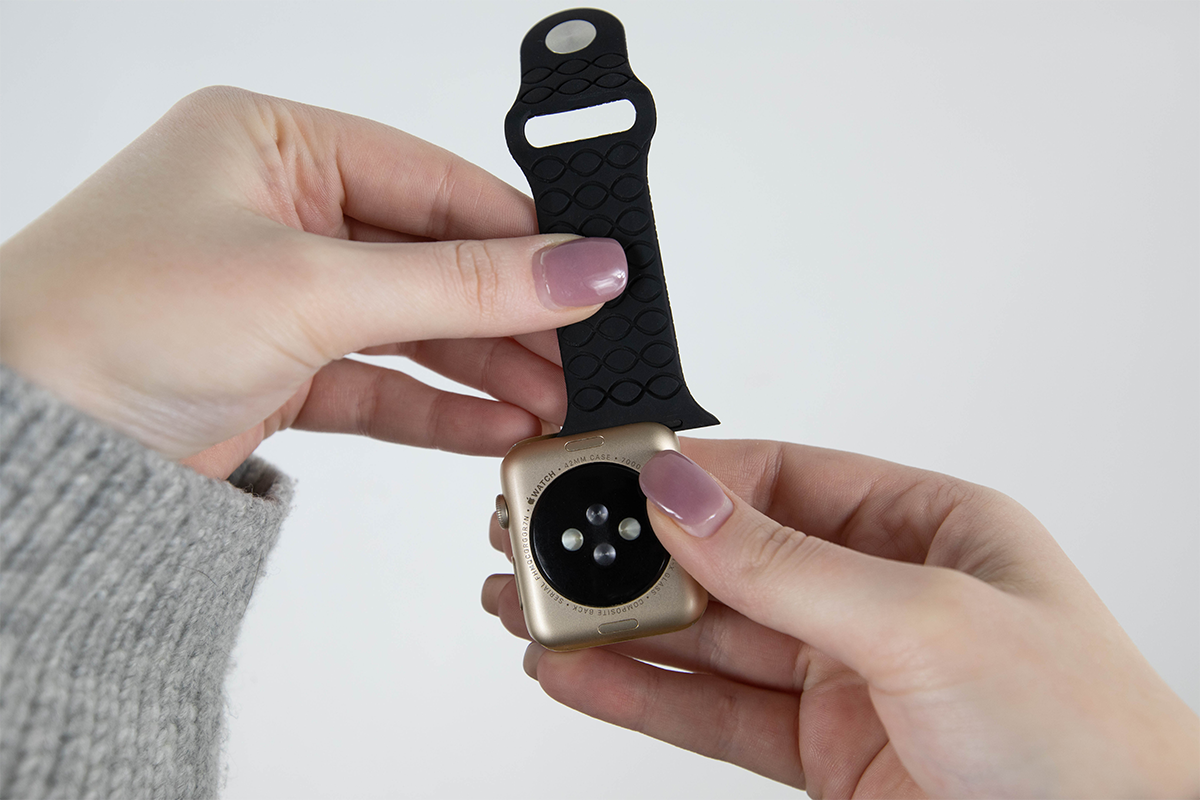 Slide the new band in. It will click right into place. You can actually hear it. If you don’t hear the click, keep sliding it back and forth until it does.If there’s any text on the new band, that should be facing you. Remember you’re looking at the back of the watch. Give both halves of the new band some gentle tugs to make sure they’re in there good and won’t come loose.And now you have officially accomplished the task of changing your Apple Watch band. 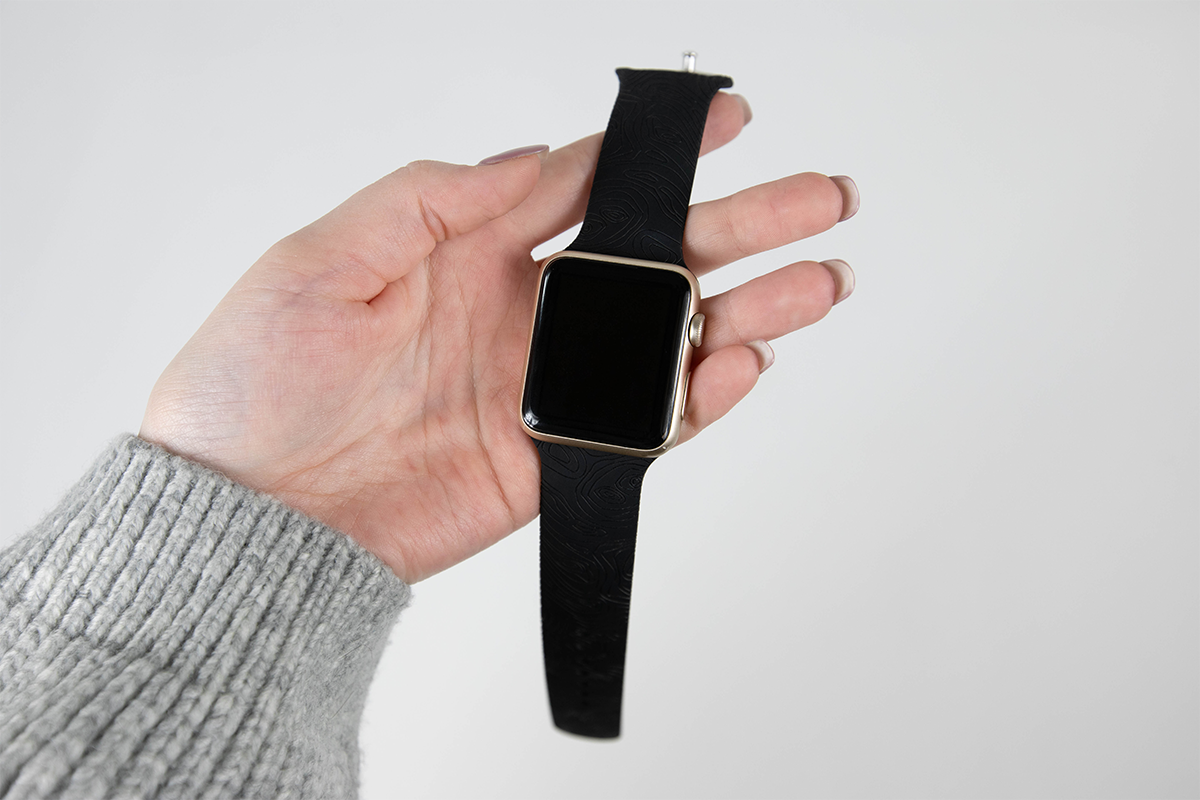 Oh yeah. And another thing.

You wear your Apple Watch the same way you’ve always worn a watch, but make sure it fits up against your wrist. For the sensors to work properly, it’ll need to be in contact with your skin.

Now your ready for adventure. Get out there and enjoy yourself without worrying about your watch band feeling gross or leaving a rash. If you have an Apple Watch 3 or later, head out for some spear fishing or go swimming with sharks. (The earlier models were water resistant, but you don’t want to submerge them.) Stream your workout playlist and go train for that half marathon or order a pizza and start a movie on your Apple TV theater system. Whatever your adventure is, go all in. 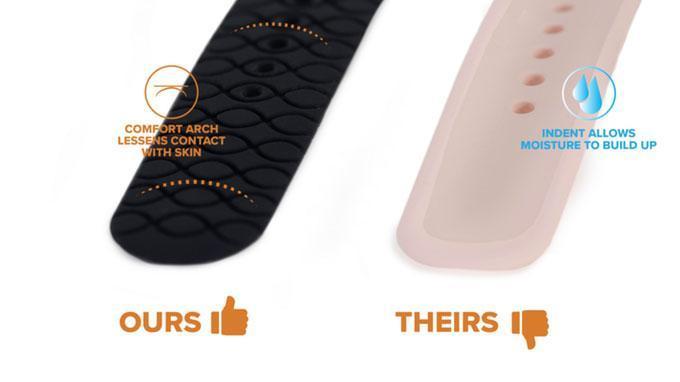 Sign up to get the latest on sales, new releases and more.